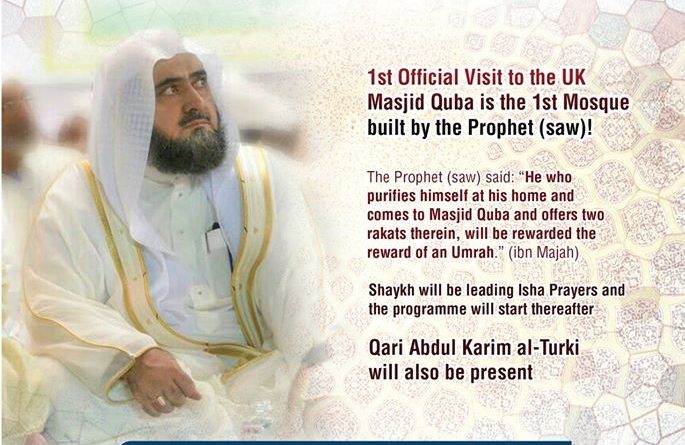 On Tuesday 7th of October Masjid At-Taqwa was honoured to have Sh Muhammad Khaleel Al-Qari lead the Eisha prayer.

Sh Muhammad Khaleel is the Imam of Masjid Quba in Madinah where he has served as the Imam for the last 25 years. Masjid Quba was the first Masjid built by Prophet Muhammad (Peace be upon him) over 1400 hundred years ago

After completing the Eisha Prayer, Sh Muhammad went on to recite more verses of the Quran captivating the audience with his amazing eloquent recitation.

Alhamdulillah we are grateful to Allah SWT for allowing us to open the Masjid for congregational salah earlier this week.

For Jumu’ah this week, Masjid At-Taqwa will be adopting a first come first serve policy for attendees insha’Allah.
View on Twitter
0
1

Masjid At-Taqwa @MasjidTaqwaUK
1 week ago
Please refer to the video to understand what to expect when attending the Masjid Insha Allaah https://t.co/ExXJg5CG7w
View on Twitter
8
14

Masjid At-Taqwa @MasjidTaqwaUK
1 week ago
Please see the infographic of rules and guidance to adhere to when attending the Masjid https://t.co/LOyFGTdhoJ
View on Twitter 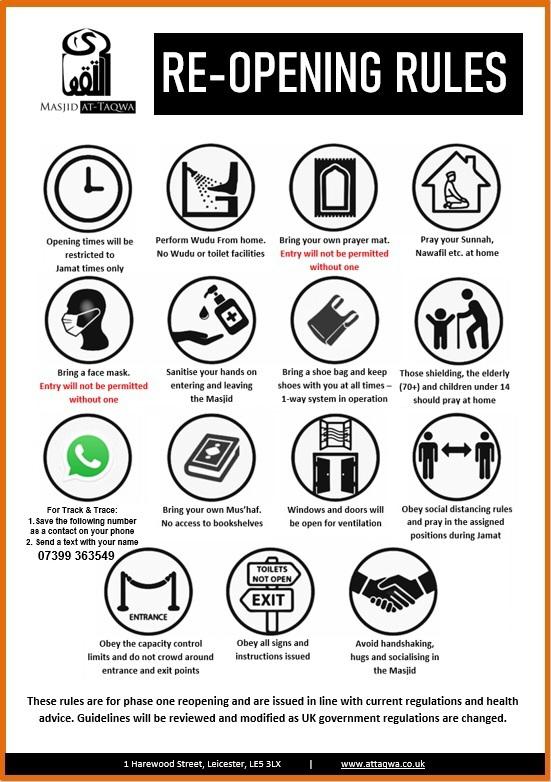 1
1
Do NOT follow this link or you will be banned from the site!